About the Eagan Basketball Association

What is the Eagan Basketball Association? 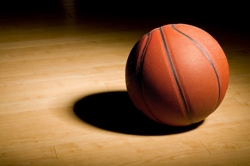 PROGRAMS: EBA emphasizes fundamentals, player development, sportsmanship, and teamwork.  Eagan In-House Basketball (grades K-6) is built to teach the kids about the game, the fundamentals, and how to enjoy it.  Eagan Traveling Basketball (grades 3-8) strives to establish competitive teams, who are led by knowledgeable coaches, with a goal of developing the players to be ready to compete at the high school level and beyond.

EBA holds Traveling Basketball Registration one time per year, typically July to August for the following fall/winter season.  Early registration is very important because EBA uses registration numbers to decide how many teams will be formed at each grade level and then begins register for tournaments for the upcoming season.  After tryouts in September, A, B, and C teams are formed for girls and boys in grades 3rd to 8th grade based upon number or participants and overall talent levels.  Teams consist of 8-10 players with registration numbers, historical data, availability of gym time and program budget helping to determine how many teams will be formed by EBA. Due to the significant time commitment required, we expect players to prioritize Traveling Basketball over other sports during the basketball season.

Most coaches in our program are volunteers.  Adults interested in coaching should express their interest during sign ups or by contacting the EBA Secretary.  Interviews of traveling coaching candidates are conducted by members of the Board as well as independent interviewers. The interviews are typically held in early August.  After the interviews, the coaching candidates are ranked.  During traveling tryouts, the independent evaluators will put the players into skill level pools.  Coaches are selected based on the pool in which their child has been assigned.  If more than one coach has a child in a given pool, the coach with the highest rating in the interviews will be designated the head coach for that pool level.  Coaches for in-house will be assigned during the rostering period and notified as soon as possible.

If you are interested in coaching traveling, please send an e-mail to secretary@eaganhoops.org with your name, phone number, e-mail address, and gender/grade you wish to be considered for coaching.  You may also designate it at the time of registration for your child.

EBA provides additional opportunities for our youth to develop as basketball players. EBA holds the Wildcat Basketball Academy on Sunday nights in the spring. The Academy designed to provide elite instruction for our youth coaches and players. It features college and high school coaches as speakers and instructors, advanced drills for coaches to learn for practices, contests, prizes, and a family award ceremony. Click here for more information about the Academy. Also, EBA typically holds Tryout Prep Sessions prior to traveling basketball tryouts in September.

EBA also has a Director of Player and Coach Development as well as a resources for players and coaches to improve their skills.